Blair NewtonPosted on September 18, 2017 Posted in APPLAWS, News — No Comments ↓

In this edition of APPLAWS, we discuss all the exciting things that the Crow team achieved over the Summer.  We hope you see how hard the team has worked the past few months.

Hadi Banat, a graduate research assistant at Purdue, went to SSLW 2017 in Thailand and participated in a colloquium focusing on work from ten different countries on the political considerations that shape assessment in a variety of institutional contexts while offering ways to develop well designed, context-driven assessments for improving the teaching and assessment of L2 writing around the world. His chapter “Policymakers, Assessment Practices and Ethical Dilution” is included in this collection currently under contract with Routledge.

Moreover, he was working on the final edits of another chapter “Floating on Quicksand: Negotiating Academe While Tutoring as a Muslim” in Denny et al Out in the Center in press at Utah State University Press. In this chapter, Banat focuses on navigating his identity as it surfaces while working with different writers and responding to different challenges in the Writing Center. 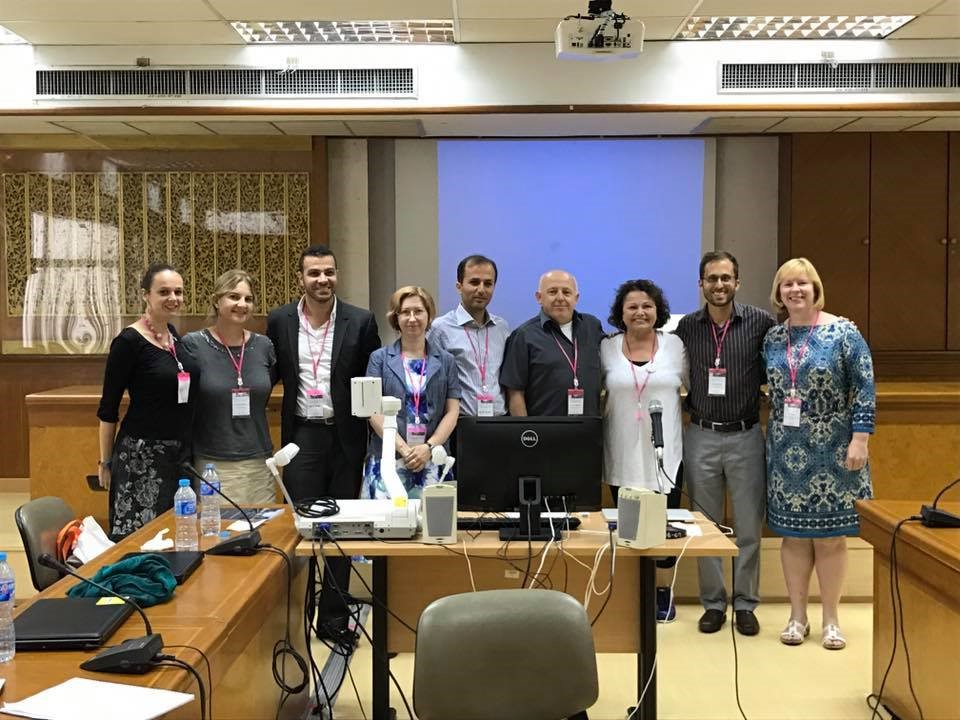 Lauren Brentnell, graduate assistant at Michigan State, received a high pass on her first set of comprehensive exams over the summer. She also received one of the 2017-2018 Sweetland fellowships, and is starting her work with the Digital Rhetoric Collaborative this year.

Bradley Dilger, Crow PI at Purdue, helped with the Crow C&W 2017 workshop, and presented at CWPA 2017 with Crow collaborators Duncan Buell and Chris Holcomb, pitching the INQWIRE project which may become a Crow sideline in the future. “How students perceive transitions,” co-authored with Neil Baird, was published in CCC. He also traveled to Alabama, South Dakota, Georgia, and points between, visiting family and friends with Erin, Madelyn, and Amelia. 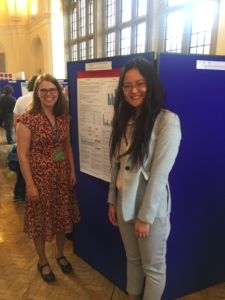 Wendy Jie Gao, graduate research assistant at Purdue, passed her preliminary exams in August and won the College of Liberal Arts Scholarship for the Academic Year 2017-2018. In June, she collaborated with Hadi Banat, Tony Bushner and Sherri Craig on a panel talk at the 2017 Computers & Writing Conference, “Users of a web-based repository: A needs analysis survey”. She also experienced a 7-day adventure in England with Dr. Shelley Staples this July, presenting a poster for the Citation Project—”Variability in citation practices of developing L2 writers in first-year writing courses”.

Lindsey Macdonald, graduate research assistant at Purdue, received a pass grade on her preliminary exams written in August. She spent her summer studying for those exams and tutoring in the Purdue Writing Lab. She also went on a two-week bicoastal adventure, first visiting her boyfriend’s family in Washington and then her own family in Virginia. 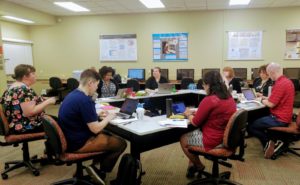 Michelle McMullin, graduate research assistant at Purdue worked with other Crow team members to present a workshop on Developing Sustainable Infrastructures for Collaborative Research Teams. She spent her summer mentoring instructors and directing a summer tech camp for programming, robotics and game design. Michelle is beginning her second year as a Mentor in the Professional Writing Program at Purdue.

Adriana Picoral, a graduate research assistant at University of Arizona, joined Crow this Summer. In June, she’s developed a web tool for tag checking, and presented an intro workshop on Python to the crowbirds at UA. In July, she collaborated with Wendy Jie Gao, Lindsey Macdonald, Terrence Wang and Shelley Staples on the citation project, for which she developed a graphical interface to assist with manual citation coding. She was also involved in cleaning and de-identifying the UA data collected in Spring 2017. Besides working on Crow projects, she presented her own research, CMC using Slack: Classroom Implementation and Research into L2/L3 Development, at Calico 2017, and finished a book review for linguist list (Text linguistics for the contrastive study of online customer comments by R. S. Prieto). In addition, a book chapter she co-author for Views from Inside Languages, Cultures, and Schooling for K12 Educators was recently published.

Ji-young Shin, a graduate research assistant at Purdue, gave a presentation on the use of stance in PSLW at SSLW 2017 in Thailand, thanks to Dr. Staples’ help with data collection and analysis. Ji-young, also took three courses over summer, honing her statistical literacy and quantitative research skills. Most recently, she published her first academic journal article, “Vygotsky, Hasan, and Halliday: Towards conceptual complementarity” with her previous advisor, sharing her thought on Zone of Proximal Development of logico-semantic expansion observed in the transition from writing to speaking.

Shelley Staples, Crow PI at University of Arizona, worked with Arizona Crows to process, clean, and de-identify the Arizona Second Language Writing Corpus. It is now ready to be released to writing program instructors here this fall. She worked with the Citation Project team (now involving Crowbirds from both Purdue and Arizona) to push forward our research on connecting students’ citation practices to pedagogical materials and presented with Wendy Gao at Corpus Linguistics 2017. She provided feedback and guidance to the Reporting Verb team on our manuscript describing a workshop on teaching reporting verbs based on findings from the Purdue Second Language Writing Corpus. Her paper with Heejung Kwon and Scott Partridge on the PSLW was accepted by International Journal of Learner Corpus Research. She also conducted three workshops, one on Corpus Linguistics and Language Teaching at CALICO 2017; one on grammatical complexity at Corpus Linguistics 2017 (including a synthesis of differences in complexity features across FYW, disciplinary writing, and writing in assessment contexts); and finally a workshop on Corpus Linguistics and Pronunciation Analysis at Pronunciation and Second Language Learning and Teaching (PSLLT). She received a $10,000 grant from University of Arizona with Christine Tardy and Vignesh Subbian for a longitudinal study investigating writing development of L2 writers from FYW courses into Engineering courses. Finally, she enjoyed introducing Purdue Crow Ashley Velazquez to the Grand Canyon and painting with the Arizona Crow team to brighten up the lab!

Aleksandra Swatek worked as a graduate research assistant in both the Crow project and the Introductory Composition Program at Purdue. Her summer work in the Crow lab entailed collecting and processing data, as well as honing and developing processing workflow and documentation with the lead of Dr. Beril Tezeller Arik and collaborating with the Arizona team. The ICaP position entailed working with a team to develop an online writing course alternative to the traditional ENGL106. She also designed and taught a short composition course for Purdue Polytechnic’s STEM ABC students centered around the theme of academic research, discovery, and technology. 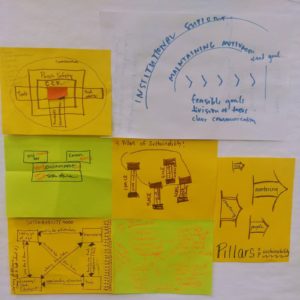 Ashley J. Velázquez, a graduate research assistant and doctoral candidate at Purdue, spent most of her summer doing dissertation research, while assisting fellow Crowbirds, Sherri Craig and Michelle McMullin, in facilitating a workshop on Developing Sustainable Infrastructures for Collaborative Research Teams at Computers & Writing in Findlay, OH. She also presented her own research Scaffolding Collaborative Writing via Google Docs for L2 Writers in First Year Composition at CALICO in Flagstaff, AZ (where she saw The Grand Canyon for the first time – thanks, Shelley!). To boot, she finished a book review for the journal Assessing Writing, which will be published in the coming weeks. Oh, and she got married!

Zhaozhe Wang, a graduate research assistant on the Crow team, took courses on advanced qualitative methodology in educational research and the use of technology in qualitative research in the College of Education to enrich his research toolkit and broaden his interdisciplinary perspective. He worked with Shelley Staples, Jie Gao, Lindsey Macdonald and Adriana Picoral on the Crow citation project and made great progress as a team. He also shared the findings and implications of an investigation of ESL writing programs at the Symposium on Second Language Writing in Bangkok, Thailand.