Blair NewtonPosted on March 14, 2018 Posted in News, Research — No Comments ↓

Members of the interdisciplinary Crow team have been working on what we’ve been calling internally our “Citation Project” since the Summer of 2017. This name is our homage to The Citation Project conducted by Rebecca Moore Howard and Sandra Jamieson. 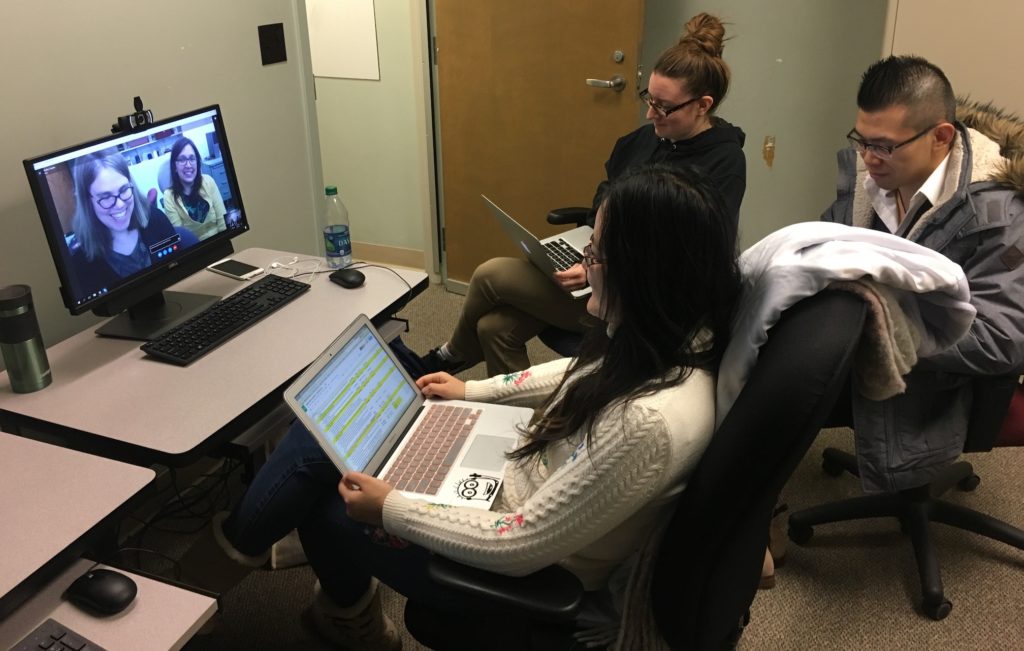 When the project research was first presented at Corpus Linguistics in 2017, it was titled ”Variability in Citation Practices of Developing L2 writers in First-Year Writing Courses”.  The purpose of the study can be stated as follows: “By examining L2 students’ citation practices in their assignments (Literature Review and Research Paper) for an introductory writing course, we explored their preference for particular citation styles and possible variance across assignments and instructors.”

At the current time, our research focuses on what we’re calling citations and non-citations, as well as the various forms and functions of the citations students are using in two genres: literature reviews and argumentative essays. All of the documents used for the project are from the Purdue Crow Second Language Writing corpus, and a total of 132 papers and 147,000 words have been analyzed. We are examining many different styles of citations, including quote and non-quote, as well as integral and non-integral. An integral citation includes the author’s or article’s name in the sentence being cited. For a non-integral citation, the author’s or article’s stated name is in parenthesis at the end of the sentence. A non-citation doesn’t explicitly state the name of the author or article.

Our findings revealed that students use more citations in a research paper than a literature review and they have a preference for integral citations especially in a literature review. Most importantly, we discovered student’s work is highly framed around sample papers that the instructors provide for students.

Our team plans on presenting their research on March 27 at the AAAL 2018 conference (9:10 to 9:40am, Arkansas Room). We hope to grow the amount of documents which are a part of the project in order to expand the knowledge it can provide.